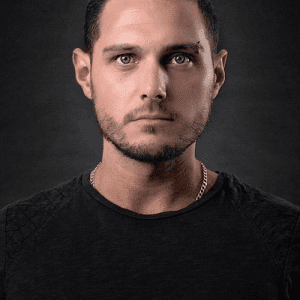 Synthax, aka Roy Schut, has been teaching himself about music since a young age with various instruments. These early investments progressed into great melodic and harmonic skills and it wasn’t long before he began discovering the endless possibilities of music production using his computer: “I got into electronic music in the early 00’s with trance hits, slowly moving towards the harder side step by step. I really like the new sound of Hardcore; Full of intelligent sounds, complex and driving arrangements, combined with interesting melodies and harmonies. My main inspiration comes from artists like Tha Playah and Amnesys.”

He started gaining some serious attention from bigger artists after winning the #TiH remix contest in 2013 with his remix of “Guess What” by Evil Activities, which led to him contributing to the “This is Hardcore – Rebellious” album a year later. “Synthax – Never Gonna Change #TiH” was an instant hit, and received support from huge names such as Neophyte, Angerfist, The Viper and many more. After noticing the leaps he had taken in production skill, Neophyte Records moved him onto the main label in October 2014. Just before making the move, he teamed up with Art of Fighters and Xcite to produce the Hardcore anthem for Q-BASE 2014!

Synthax approaches music with no creative boundaries, always looking to experiment and push his abilities with each and every detail: “What makes a good track good, to me, are the hooks. The little things that stand out and stay in your head for a while. Hardcore should be diverse, but of course keep the same energy and drive that makes the music so addictive. You come to a party to dance/rave, so the drive and bassdrum need to be perfect, but around that, you want to listen to something. A different story to be told on each track, while getting ready for the next climax.”

If history tells us anything, it’s that the future of Synthax is set to be an exciting one. After achieving so much musically within such a short space of time, it’s clear to see his ambition is growing with great pace. Make sure you keep an eye out for even more unique projects and performances.