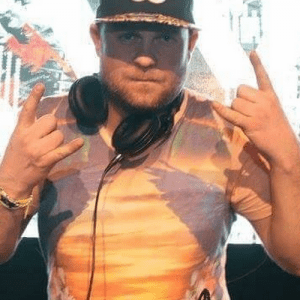 In the last class of elementary school at the age of eleven one of Kosmix’s friend bought a couple of turntables and this was his first experience with mixing. The first birthday parties and school parties on which he performed were a fact. In the second grade of high school, at the age of 14, he met J-Roon. They both shared the same passion for hardcore music and mixing. This brought them together and a new dj-team was born that year.

In 2009 J-Roon & Kosmix coproduced the track “Trash talk” together with Negative A. This track appeared on DNA records and was also featured on Negative A’s album M.M.I.D.O.Y. One year later J-Roon and Kosmix teamed up with two of Hollands most respected MC’s; Justice and Da Mouth of Madness, to produce the track ‘Lekker Belangrijk’ which appeared on the Thunderdome 2010 cd later that year.

J-Roon and Kosmix’s style is best described as industrial and up tempo hardcore. This includes styles like frenchcore and a sometimes a bit of terror. J-Roon and Kosmix have played at parties all over The Netherlands, including Thunderdome, Multigroove, Hardcore against Cancer and ofcourse their own party Lekker Belangrijk. They have also played at radiostations like Thunderdome and Masters of Hardcore radio.