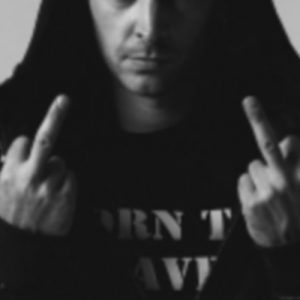 From 2004 to 2006, this very prolific artist produced about 20 maxi vinyls on labels such as Biomaster, Audiogenic, Kryzalide Bassterprod, UndergroundTekno, all of them big successes and so he became well-known throughout France. His first two CD’s, “Le projet Ko” in 2007, and “Phase of Master” in 2008 were also great successes with a public seeking new music. A meteoric rise !

Naturally many bookings followed and he continued to perform mixes and lives in many events, not only in big festivals like Nordik Impact, Electromind, Montagood, Q-BASE, Masters of Hardcore, and others, but also in evenings throughout France and abroad (Poland, Italy, Spain, Belgium, Switzerland, Germany, Austria, Russia, Czech Republic).

In 2010and 2012 he played in Spain’s biggest festival Monegros.
In 2009 he became a producer when he created 2 labels “Biomaster” and Gaz Moutarde” making a large number of maxis and versuses with such big names as Radium, Speed Freak, etc.

His third album “Onde de choc” came out on the label Audiogenic on 19th of October 2009 and this was followed by 13 dates throughout France. This opus is a suite of 15 varied titles from Tribe to Frenchcore, from rave to hangar, in an original style that was affective and seduced the public !
Today he is preparing his new album Blackout Project which will be followed by a tour after its release in October 2012 and which should be explosive….

Maissouille has become one of the most sought after dj’s of today’s international Hardtechno/Hardcore scene !