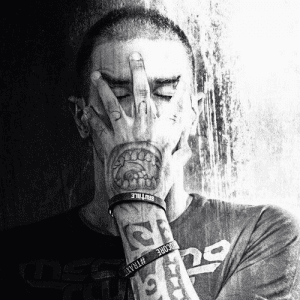 The Meccano Twins project started out in 2003 from the idea of 2 of the Art of Fighters members, driven by the need of a new breed of music, bleeding the hardcore mainstream together with darkcore and electronic (taking examples from artists like Prodigy, Aphex Twin, Daft Punk) without losing the vibe and power of the hardcore music. Now they are in charge of the artistic management of T.R.S.E., the Traxtorm’s sublabel devoted to the experimentation.

With tracks like Tendrils of agony, Illusion and Breath they are now one of the most respected hardcore producers around, able to surprise and innovate with every new release.

In 2010 the project, after been carried out by Cristian Nardelli as a solo artist in the past 3 years, change shape again with the join of Josè Sendra, new producer and future frontman of the group. His arrival has immediately given a new effort to exploration of new sounds, even more experimental and alternative.