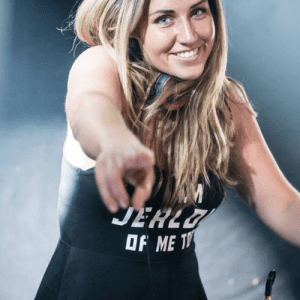 This Dutch female DJ is born in Edam (near Amsterdam). At the age of 15 she bought her first own DJ setup, lots of vinyls and started mixing the harder styles of housemusic as DJ Marlice.

After a few months Marlies was asked by some promoters to play every wednesday in a small club in Utrecht as a resident and almost every week at another club in Holland. Before she became 16, she’d played already 2 times at the Hemkade 48 in Zaandam, for 1000 till 4000 people. Legally, she was not even able to visit the club at this age. One of the Dutch highlights is her gig at the Dutch ‘Ground Zero Festival 2008’ with over 25.000 people.

She got international gigs at The Streetparade in Zürich – Switzerland, Spain, Crete, France, Belgium, Germany, Bali and in 2010 she toured 6 weeks in Australia.

Nowadays she also studies for Studio technical expert/producer at the Mediapark in Hilversum. So….beware of this young lady. We’ll keep u posted!