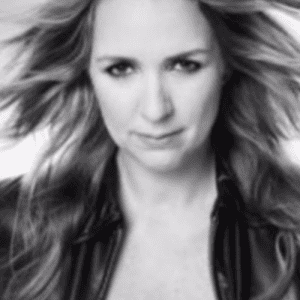 Dana van Dreven started DJ-ing in 1992 and quickly established her own unique style. A style which crosses the wide landscape of different genres in hard dance music, enriched by a rough feminine touch. Her combination of Hardstyle, Hardcore, Techno & Trance in the early 00’s created a fusion of sounds like no other DJ before or after her. Many artists would consider this the highest achievable goal in music, but for Dana it was only the beginning of a remarkable international music and DJ career.

Dana boasts an unprecedented collection of performance highlights; being one of the original headliners at legendary events and festivals such as Sensation Black, Qlimax, Defqon.1 Festival, Thunderdome, Masters of Hardcore, Decibel Outdoor Festival and Tomorrowland among many others. She was also Q-dance’s first ever X-Qlusive artist, selling out the Heineken Music Hall in 2003, only further adding to her milestones within the Benelux. She’s also no stranger to travelling across borders to help introduce the rest of the world to hard dance music. USA, Australia, United Kingdom, Italy, Spain, France and many more countries around the world have been witness to her celebrated stage presence.

A big part of Dana’s success comes from her music, and she has built up an incredible discography of diverse solo tracks and collaborations over the years, a lot of which were released on her own label: Danamite! “Back in Time” and “Unendlichkeit” are just a couple of crowd favourites, alongside “Transmission” (with Crypsis) and “Ladies First” (with Promo).

Looking back over her achievements so far, it’s fair to say Dana is a true pioneer of hard dance music, earning her well-deserved title as the “Queen of the Harder Styles”. After taking some time away from her musical career in 2010 to recover from unexpected health complications, Dana is gradually returning to her love of performing. You can expect to see her at many highlights in the hard dance calendar throughout 2015 and beyond, so don’t miss it!