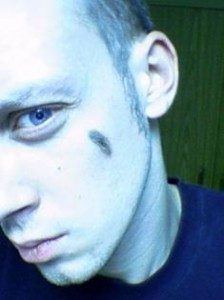 The Destroyer, Pietro Paolo Salamone, born in Enna (Italy), started his own productions with a Commodore Amiga in 1992. In 1995 he decided to send his tracks to some label, and exactly on this year the first release comes out on vinyl under the historical hardcore label “D-Boy Black Label”.
After this record he continued to release vinyls for years, especially on “Head Fuck Records”, and even on other labels where he did some collaborations.

Nowadays he own his net label “Airfight-Records”, where he keep alive the sound of early terror. The Destroyer is also known for his special live acts, where he remix his tracks with the keyboard in real time.