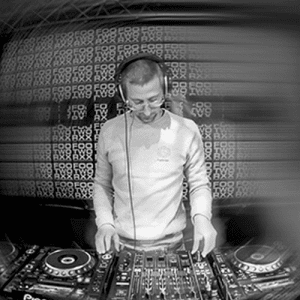 Sei2ure is a Dutch Industrial/Hardcore producer based in the city of The Hague. he released on labels such as: Enzyme, Industrial Strenght & Genosha 175.

In 2004 Sei2ure signed with Enzyme Records, and his first track “Pneumatic Transmission” appeared on K7-5 shortly after. He did a few single tracks on various records including some anonymous stuff for Enzyme X. His first EP “Illusion of Safety” was released in 2007 featuring 4 dark, underground industrial tracks immersed in thick layers of distortion.

In 2008 Sei2ure teamed up with colleague and friend DJ Synapse for a rework on an obscure piece of music history namely “Dissonant Poetry” by Ophidian. A few months later he did a remix of Endymion’s mainstream-megahit “Payback”. His biggest succes to date came with “Rocket Fuel”. The A1-side of Enzyme K7-8. This track received massive DJ-support at industrial parties worldwide.

Once in a while gear is dragged on stage for a liveset with friend and colleague DJ Synapse. Notable gigs were, amongst others: Defqon. 1, Project Hardcore, A Nightmare Outdoor, Thunderdome and Club r_AW. Lately Sei2ure has been active as a DJ too.

Sei2ure’s music is raw, mechanical and industrial, usually void of any melody or harmony. The tracks are composed of sounds and rhythms, compelling patterns which can repeat themselves or turn into utter chaos.

Besides hardcore, Sei2ure also creates art installations and has been working as a cook for some years. In 2005 Sei2ure finished his BA in Music Composition and Production at the HKU in The Netherlands.