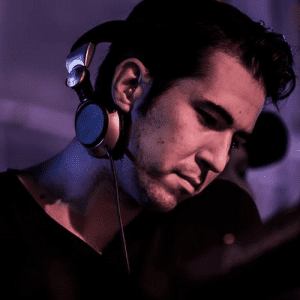 As a kid Maxime always dreamt about being a professional football player just like every other kid, but music was maybe as much important as football. Just before holidays he always spent hours of listening to the radio, waiting for his favorite tunes to record on cassette and as he got older he made himself compilation CD’s of his favorite tracks. At that time, around the year 2000, hardcore had moved back to the underground until DJ Promo played a legendary set at Sensation Black in 2004. One of Maxime’s best friends convinced him to listen to it and from that point on he fell in love with that raw and energetic type of music. Since then he started visting several parties but the most important one was Mania in Tilburg. There he saw DJ Vince doing some mindblowing things with 3 turntables and Maxime thought to himself; “man, i have to learn how to do that!”. As a student he didn’t have a lot of money so after a long period of saving he bought himself a set of turntables and a mixer. After a lot of practicing and recording demo’s he was invited to participate some DJ Contests, of which he won a few, but the milestone in his early career was when DJ Sneaky-Dinvited him to become a resident at D.O.T.F. Radio where artist like Vince, Stanton and the Darkraver are part of the same D.O.T.F. family. That’s where he met Frantic Freak, who asked him for an exploratory meeting with Cyndium. The meeting went great and a month later Maxime signed a booking contract. From that point on his career grew to epic proportions, playing at parties like Pandemonium