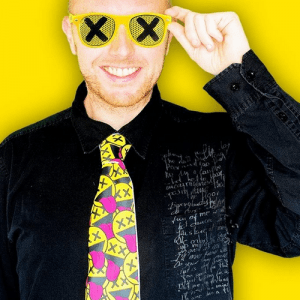 The musical rebel Adrenokrome is one of the most influential French artists. Since the age of 12 he has always been a music addict. Inspired by Manu Le Malin, Micropoint and Laurent Hô, he never gave up to become a real artist. Adrenokrome is known for his unique merge between Frenchcore and Hip Hop. His sound is rarely singular and has been played all over Europe. After ten years of hard work and dedication, Adrenokrome released his first album Rebel Music after he played at Masters of Hardcore – 20 Years of Rebellion.