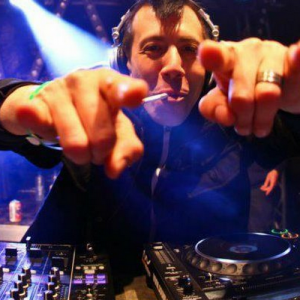 Unleashing devastating audio destruction since the early 90’s. Delta 9 first started releasing his music on Drop Bass Network and soon after started working with Industrial Strength Records, which quickly gained him worldwide recognition. A veteran producer and seasoned DJ of all things “hard as nails”, Delta 9 is one of the most revered names in hardcore techno and noise. While playing all over the U.S., at massive raves or underground warehouse parties, Delta 9 has also been invited time and time again, to play at some of the biggest events in Europe and all over the world. Considered by many to be one of the real innovators of hardcore techno in the U.S., Delta 9 is responsible for a multitude of classic tracks, has over 40 solo 12 inch releases and has appeared on over 200 compilations including the Thunderdome series, Hellraiser, Third Movement’s Demolition, the Mysteryland series, the Masters of Hardcore compilations, and many more. He has also done remixes for such bands as Napalm Death, Corrosion of Conformity, Soil, The Berzerker & agoraphobic Nosebleed. 2008 has now seen the launch of his new label, Devil Times Nine,
which shows Delta 9’s commitment to releasing quality hardcore and speedcore, bred in the streets of Chicago.