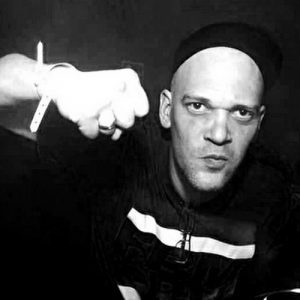 The Parisian Hardcore pair Progamers was born from the collaboration of two composers and childhood friends, Skoza and RbMz. They discovered the free-parties and the dark world of Hardcore in 1999. They founded the Pitoresk sound system through which they play in public and championed the underground culture, which is dear to them. In a short span of time, they turn out to be talented and impassioned musicians, whether in hardcore as in other electronic styles.

Skoza lapsed in electronics in the late 90s. Fascinated by the potential of this music, he immersed himself in different music styles: break beat, acid, drum & bass, etc. Creation became afterward logic and he started to record mixes on cassettes using a CD player and an old turntable. Meanwhile, he began to tinker sound with software. The mix and the composition became in a short span of time an obsession and when he discovered the powerful sounds of hardcore in early 2000, he decided to entirely follow this movement. Drawing from his rock, hip hop, industrial or acoustic music roots, he began to create both mental and dancefloor music with the artists Micropoint, Radium, The Speed Freak, and The Dj Producer as reference.

RbMz began to compose with drum machine, then with a computer and learned turntables with tribal, hard rock, metal, hip-hop and techno influences with the only aim of stirring up the dancefloors by mixing dark moods with a devastating rhythmic. He is musician since his childhood; he learned to play piano and guitar when he was eight, which is a key asset in his way of thinking and composing electronic music. He is also a video editor & special effects man, working with Audiogenic on promotion videos.

In 2005, the two artists joined the Audiogenic crew, bringing out several Hardcore / Frenchcore maxis with the labels NoCore, Neurotoxic, and Psychik Genocide. They decided to get together and produce an album with the name “Progamers”.

As great live performers, the Progamers offer rich and intense live performances, where their four hands seem to belong to a single person. They have given the world of gaming a new twist to make music, bringing together their love of hardcore and virtual worlds with computer programming.

Their first album “Game After Game”, released by Audiogenic in 2007. This album placed the duo into the big leagues, with the quality of their compositions. “Secret map” is a remarkable piece that ran on many turntables at the time.
Following the changes in Frenchcore, their second album “Final Stage”, released in 2009, stands as the album of maturity. Composed for the stage, the songs are more festive and dancefloor. The duo geared to industrial frenchcore, this album is more progressive and learns from several collaborations with MCs including Loki Lonestar. The songs “Nerdz’s Rage”, “Progamers motherfucking” and “Cannot Stop” has been greeted with cheers by the public and the DJs.
They ran the stages in Europe (France, Italy, Czech Republic, Belgium, Holland, Switzerland,Japan), playing alongside the famous artists and disclosing energetic live sets.

They return in 2011 with a new album “Reloaded.” A third album mature and original, blending dark moods and devastating rhythmic. The album is going louder and louder over the tracks, touched by a communicative power. A real electric atmosphere, with great melodies!

And now many releases on R909 records. Some new stuffs coming on several other labels