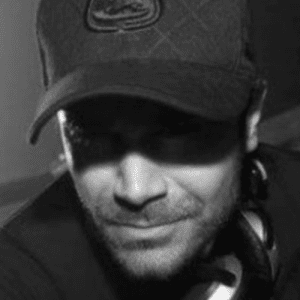 Tommy buys his first turntables in 1992, and two years later he discovers hardcore. Captivated by the fat kicks and raw sounds, the young DJ without a name starts spinning at illegal raves in Rome, parties with a unique atmosphere and sound that very much influenced Tommy as an artist.

The name Tommyknocker appears for the first time on a flyer in 1995, when Tommy starts spinning for Freddy K (A Roman techno pioneer) in a club and on the radio. He was one of the first DJ’s to plays hardcore in a club, and with great success: He becomes a resident at the Oxygen parties, where he comes in contact with many international artists.

In the following years, Tommy continues playing hardcore in his city, when in 1998 he decides to step up his game and start producing. Inspired by artists such as Promo, Stunned Guys, PCP, Miro and Lory D, he locks himself up in the studio and works night and day.

One year later his first EP “The Realm” is ready, released on Traxtorm Records. Tommyknocker starts performing at international events, like the Street Parade in Zurich, one of his most memorable experiences ever.

In 2001 Tommy hops on his first intercontinental flight to play at party in Toronto, Canada. The Aftermath is released, according to many the first example of Tommyknocker’s dark but refreshing sound.

Fast forward to 2003, the year Demolition hits the dance floors. Tommyknocker becomes a highly respected member of the hardcore scene and moves to Belgium to keep up with the incoming bookings in Western Europe. Great events such as Masters of Hardcore, Decibel Outdoor and Raving Nightmare are on his agenda. The release of Revolution in 2004 confirms his unique abilities as a producer.

In 2005, Tommy is standing with shaking knees and sweaty hands in front of an enormous crowd at Thunderdome. Thanks to the hit Twist, Tommy starts playing at the Hardcore till I Die parties and becomes a hardcore legend in the UK. Not only the UK is going crazy for his sound; Tommy plays gigs all over Europe and even in Australia.

The massive tune Twisted World, together with The Viper, hits first position in the MOH Radio Live top 100 in 2007. Tommyknocker’s fan base keeps on growing; the megamixes he made with Mad Dog for Ground Zero are highly sought after on the Internet. Tommy plays at Defqon.1, Q-Base and 15 Years of Nightmare.

2009 was another highlight in Tommyknocker’s career, when he dropped his track Criminal on the dance floors. The nineties techno influenced track with an important message impressed both fans and fellow producers, which resulted in a well deserved second place in the MOH Radio Live Top 100.

Riding high on the wave of success following Criminal, Tommy releases the Scream EP in the summer of 2010, with the dark track In the Shadows and the Evil Activities remix of Demolition, a true dance floor killer.

Last year Tommy moved back to Rome, back to his roots, looking for new inspiration in the Eternal City. Although he always stays true to his unique dark style, Tommyknocker spends a lot of time trying to bring something new and fresh to the scene. Now that he’s back in the city where it all started, the question is; what will 2012 bring? Revolution or Demolition?