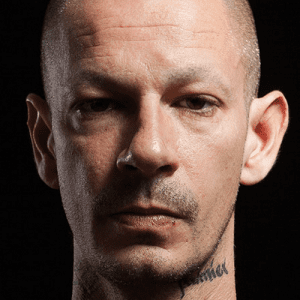 After being launched into the auto-production by creating the labels Psychiatrik and Gobble Records, Tieum went into partnership with Audiogenic in 2004 in order to create a new label, Altern Hate, which became quickly an international reference. His numerous compositions has known these last years a growing success in Fance and in Europe, and has been produced by several international labels like HSC/D-BOY (It), Industrial Strenght Europe (It), Social Parasite (Uk), Resident E (All), Master of HArdcore (Holl)…which made his popularity grow within the international Hardcore scene.

Shortly afterwards, he released two albums with Audiogenic: “I’ve Got Nothing To Loose” in 2004 and “Shake Dat Ass” in 2005, but also two mix’s cd “This one for you” in 2001 and “Hard One” in 2002. His last release on CD is a double album entitled “New Collision” (1mix / 1live), produced in collaboration with Scratch who transports us in an industrial world with trash bass, for an experienced public… With more than 60 vynils produced, Tieum is today one of the main artists of the French Hardcore scene. This notoriety has been leading him to play in France as well as abroad.

Tieum is an uncompromising artist, with one objective: to make an extreme, dancefloor and industrial Hardcore. This fusion makes a dynamic melting, which has satisfated more than one people…and give him a real individual style.