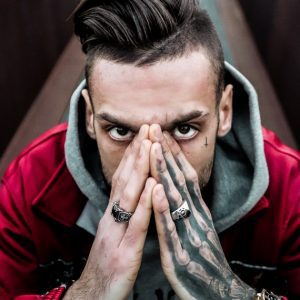 Relentless Belgian hard-head DRS is one of the most talked about artists of today. The audacious DJ/producer began his career in 2012, with an aim to escape his personal hardships by delving into the art of mixing and music production.

Being no stranger to absolutely tearing crowds to shreds, DRS has performed at the world’s biggest Hardcore events like Dominator, Masters of Hardcore, Harmony of Hardcore, Tomorrowland, Defqon.1, Pandemonium, Snakepit, Ground Zero and many more. He’s also toured internationally to several countries like Mexico, Scotland, Croatia, France, Switzerland, Germany, Ibiza and many more.

You’d better prepare yourself for more destructive tunes and performances from this blazing Hardcore assassin!