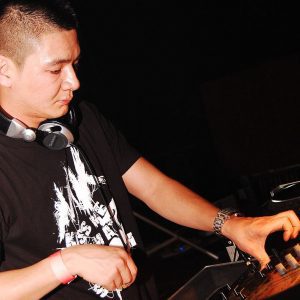 He started to buy his first records at the age of 12 at the Mid Town record shop in Den Haag and his collection grew more and more, and soon some turntable decks and a mixer showed up so he could start to practise his beatmixing with the records he bought.

Bonehead has been booked in many different countries such as: Russia, Italy, France, Germany, Belgium, Switzerland, Poland, England, Scotland, Spain and Japan.

Next to his DJ performance, he also performs on stage with his live act using his macbook, midi-controller, triggerpad and custom made mask.