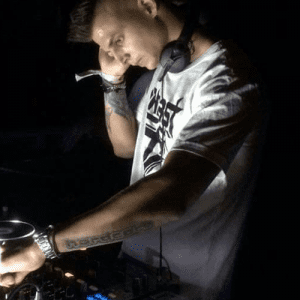 Unrest lets the ground shake with is high powered tracks and Dj perfromances. He has made the Hardtunes Top 10 with every track he made and even made the number one spot several times.

His music has been released at labels such as; Partyraiser Records, Megarave, Offensive Records, Footworxx and Darkside Unleashed whom he signed a label contract with in late 2016

Unrest has performed Europe wide such as at The Qontinent??, Army Of Hardcore ??, Pussy Motherfuckers ??, Together We Are Hardcore ??, Soldiers Of Core ??,…

Every time he start he’s nervous as hell but as it set progresses he gets the best out of himself and tears it down with high energy hardcore!