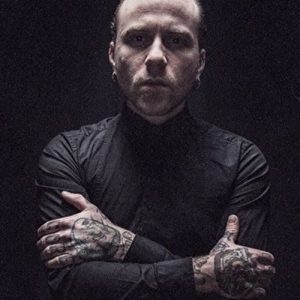 When you think Thrasher, you think PRSPCT; the very successful platform for hard hitting drum & bass and out-of-the-box hardcore. Thrasherembodies the ‘fuck-the-system-mentali-ty’, with a unique view on on music and the hardcore lifestyle in general, making him an important key figure in the scene. His record label PRSPCT recordings is the Worlds leading hard drum & bass / hardcore / breakcore label; still pushing out new vinyl an digital releases on a bi-weekly basis on 5 different imprints. Only releasing the best of the best in hard electronic music by all the top producers of the scene.

Thrasher a.k.a. Gareth de Wijk was Born in the UK but raised in Rotterdam, The Netherlands. He grew up on punk & hardcore and started playing in bands from the early age of 14. Recording albums and touring the world almost non stop from that age. After doing this for years he fealt the urge to choose a new musical path exploring his love for hard electronic music (without losing his punkrock roots). This was the start of PRSPCTrecordings and Thrasher.

Besides running PRSPCT, Thrasher is also a demanded DJ, acknowledged for his crushing performances. Its not a surprise that Thrasher has been playing at all the major Drum ‘n Bass & Hardcore events and festivals all over Europe, and beyond that, for the last couple of years. His 3 or even 4 deck DJ sets are notorious in the scene. Thrasher is capable of thrashing everything, including your stamina. Playing all the latest (PRSPCT) dubplates.

Besides his solo-career he is also part of the deadly trio The Hard Way. A live hardcore / drum & bass / breakcore super group, together with Limewax and Bong-Ra. The Hard Way just released their debut full length album and the response on the album and the live shows has been incredible.