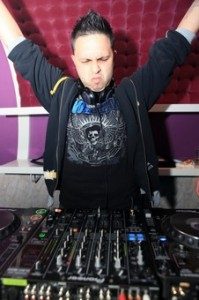 Dj Mobius a.k.a. Leroy early came in contact with the Hardcore style, when he was at the age of 13.
The first party where Mobius played was in 2003 on ‘Beter Kom Je Niet’..
BKJN events made him increase larger and Mobius became notorious for his hard and pruning turning style.
He has developed his own style over the years and became a resident dj for Beter Kom Je Niet.
The styles Mobius love with great passion and essentially running during a solo set are always dark, fast and pumping hard.