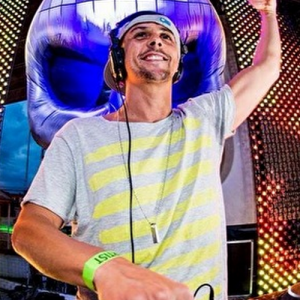 PLACID K born in Varese (situated in the Northern part of Italy, near Milan).He began to listen to Techno music and therefore to became fascinated with this kind of music in 1990: the year in which Techno music had a really massive positive feedback in Italy. After some years a new kind of “Techno” was growing: Hardcore. During the cold month of January 1995, the first two Placid K productions, “2nd Base” and “Quick Acid”, were released on the PK side of “Genesis project”: the absolute first Hardcore release on Digital boy label D-boy Records. Placid K is now starting to show his unique style. After some months the first “solo” vinyl called “Acid Factory” finally came out. From that first success, he couldn’t imagine that another thirty projects would follow. He also did some co-productions and remixes with some of the most famous names in the Hardcore scene. Furthermore we cannot forget the well-known series of compilations that he signed, selected and mixed: “100% Hardcore”. During these years Placid K has participated in the biggest European and world-wide rave parties, performing “Live” at the beginning of his career and then doing a “Dj set”. Since the first performance at the “Ravers Religion” in Groninghen (the Netherlands), lots of other performances followed. We can remember some of them : Misteryland (’96 Holland) Rave the city (Holland) Masters of Hardcore ’97 (Holland) Magic Kingdome (Edimburg/Scotland) Street parade (Zurich/Switzerland) Thunderdome Gheodrome (Rn Italia) Love parade (Vienna) Odyssey (Switzerland) Thunderdome in Italy (Brescia, Italy) Urban phenomen (Los Angeles USA) Number one club (Brescia Italy) The world dance convention (Rogwill) Orbital Rave (Moscow Russia) Ecu club (Rn Italy) Digital hut (Los Angeles USA) After a break during the year 2002 in which no performances were given and no records were released, Placid K strikes back once again in December 2003. In fact he decides to start his own indipendent label: “Choose Or Lose records”. Thanks to new goals and objectives, Placid K has spent lots of time in his studio these last three years, and here are the results: “C.O.L. e.p.”, “G-Member” , “Mutation” , “B.2.B.” & “Malediction” , which has been released on the special edition of “Choose Or Lose 015″… , & c.o.l. 020 “Paying attention ” In spite of the young age of his new “creation”, Placid K has already represented his label at big events like:.. Nightmare in Germany Masters of Hardcore Project Hardcore Ravin’ Nightmare Heroes of Hardcore Thunderdome Hellbound Hardcore gladiators Dominator Extreme reunion Hardcore world cup Ground Zero Harcore Italia Syndacate Hardcore For LiFe Too Loud festival