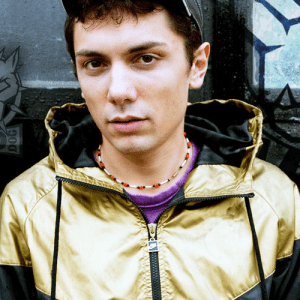 Filippo aka MAD Dog started his DJ career just as joke. In 1995 after 3 years of hard work

with the tecnichs, he met two friends (an M.C. and a DJ) with whom he formed a team:
HARDCORE TERRORISTS. With this team Filippo has a lot of success especially in his
city Rome.
In 1996 the Hardcore Terrorists made their debut with their first live-act at the QUBE (one
of the symbol club in Rome). After that night, the performances of this team followed one
another and their success was unavoidable!
In 1997 the Hardcore Terrorists decided to organise hardcore parties in the capital to
improve the scene. They made an alliance with other DJ’s and together with IMPULSE
FACTORY, 3 VILLAGE and DJ GEPPO they formed the GABBERS ROMA. Even though
that the hardcore movement grew excessively the organization of the GABBERS ROMA
dissolved. But before of that the Hardcore Terrorists released in collaboration with
IMPULSE FACTORY and THREE VILLAGE the record “TRY TO MAKE IT HARDER” on
TRAXTORM RECORDS.
It’s 1998 the Hardcore Terrorists continue to organise hardcore parties in Rome. The
turning point arrived with the Pronto Soccorso Rave. It was the biggest Rave that the
capital city had ever seen; 3500 gabbers dancing Hardcore Sound! Thanks to this they got
a radio program (conduced by Filippo and his MC), which helped to consolidate their fame
in Rome. After Pronto Soccorso they organised also Odissea 2001 another Rave which
was hold in the most prestigious location of Rome; La Fiera di Roma!
In the meanwhile Filippo produced some Hardcore tracks which were included in the
Compilation Traxtorm Power 2000 and Always Hardcore 7. In the summer 2000 Filippo
improved the wish to dedicate himself to the production of hardcore tracks. Because of his
job as organizer and as radio speaker he couldn’t find the time to do that. That’s why he
decided to leave the Hardcore Terrorists team and he created a new project, Dj Mad Dog.
Filippo has produced many releases since 4 years ago: THE MEMORY DISAPPEARS,
MOTHERFUKIN DJ, DOG FOR LIFE, CLOCKWORK, HYSTORY, BOOM AND SHACE
UP, I LOVE HARDCORE, THRILLSEEKA (Rmx), TALES OF JEALOUSY (Rmx).
Thanks to these productions Mad Dog export hes sound in many European cities, like:
Caracas, Rotterdam, Bochum, Barcelona, Zurigo, Vienna, Valenzia Heindhoven, beyond
having participated like guest in many Italian clubs. The artistic career of Maddog will carry
us other surprise
©2022 Copyright Cyndium | all rights reserved