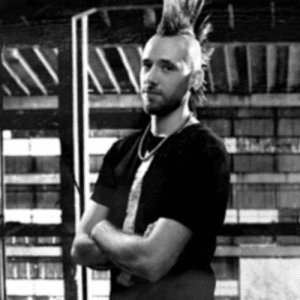 They came in touch with each other and decided to produce a ‘versus track’. It was until later that they realized that together they had a good musical feeling and connection and so they decided to start a new adventure..
Bit Reactors was born.

This new electronic music project based on Frenchcore, Hardcore and Industrial also had the purpose to mix those styles with other influences like Dub Step, Drum ’n Bass, Reggae, Metal and Hip Hop. They often use guitars, female vocals and everything else that inspires them without any restrictions. Their goal is to create something completely new, in an aggressive & melodic style!

2012 was very important for them; As they grow as artists they met the established artist Sirio, and with him Bit Reactors produced their first real hit called: “Play my Game”
After releasing that record the Sickest Squad contacted them because they wanted to add this track on their new album.

Now they collaborate with a lot of different labels and artists.
So you can aspect more new releases in the future!

Stay tuned, because Bit Reactors is going to spread their true generating sound all over the world!