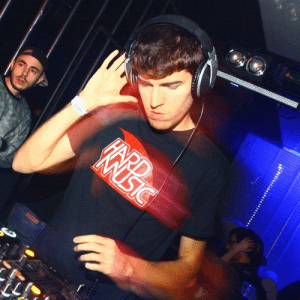 KetaNoise is a Dj-producer from Bergamo (ITA).
It all started in 2007 during the summer holidays. A friend of him was playing ‘Radium – Terminal Trauma” into the car stereo.
Ketanoise immediately fall in love with this amazing sound and he began to experience his first tracks, mixes, and know even more about this kind of sounds.

After some unofficial release, in August 2012 KetaNoise comes out with his first EP on ‘Headfuck Records”
with ‘Ketamine for your ears”, then another EP still on Headfuck labeled ‘Ultranoise”. After a year of hard work ketanoise is on the scene,
proud to present his new tracks with the biggest one ‘Audiogenic Records” that has been produced under the name ‘Reborn E.P”.

From that, it has been a rising of new productions on label as Not Easy Tunes and Chosen Few Records, and international collaboration with many artists and MC’s.