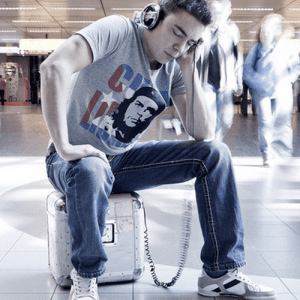 While the establishment governs the dance scene of yesterday, the present and future is definately in the hands of Bas Tichelaar (1978), also known as the dutch artist Tommy Pulse.

As different alter ego’s like Virus, R.B.A., Medicine Men, Lazy Jones, Headz Up, Stone Cold and several other names he is releasing records for several years now and every single one of them is creating an impact like a sledgehammer blow. The mere foundations of clubs worldwide suffered from the heavy bass and energy that are enclosed in his striking productions. As a fervent partygoer he knows what pleases the public.

In 1995, the Amsterdam born is just seventeen when his first Hardcore record is released by ID&T. It gets mayor airtime and soon two releases followed on the Masters of Hardcore label.

After a while Tommy Pulse’s musical taste makes a shift and he fires up the R.B.A. project and releases several R.B.A.-recordings with the recordcompany Purple Eye Entertainment. A video clip was shot with his first cd-single ‘No Alternative’ and it provides him with several important performances all over Europe. Tommy Pulse has performed alongside artists like Anastacia, Abba Teens and many others.

Tommy Pulse on R.B.A. – No Alternative

The track hits every single hitchart and even reaches the billboards in the USA. The song is also very popular in Holland and besides performing with the act R.B.A. he plays live as the hardcore act ‘Virus’ at gigantic parties like Thunderdome, Hellraiser and Speedrazor.

Tichelaar is not only active in the Hardcore scene. He keeps himself busy with several other projects. He comes into contact again with Ferry Corstens’ recordcompany Purple Eye Entertainment and delivers several records as producer and remixer. In addition he works as a producer and remixer for Warner Music and Q-Dance and he co-produces for DJ Astrid.

In 2002 he starts a new harddance label called Stealth Industries. In 2003 the 3rd release on this label (Land of the Lost) was released among tracks of artists like Dana, Luna, Don Diablo, G&M Project and Marcel Woods on Sensations’ Black Edition cd. And if that’s not enough, he started a company (TP-Works) in which he creates and develops softsynth plugins for use with software sequencers, like for example Cubase.

In the mean time Tichelaar almost lost count on behalf of the huge flow of releases. As a producer and remixer he earned his merits in the Hardcore scene at a very young age, nowadays he is a huge asset for the dance scene. He plans to be the same asset as a DJ. To boost up his career and to let the public know who he is, he will release upcoming records almost exclusively as Tommy Pulse and he will freeze the rest of his alter ego’s for a while.

The credo of Tommy Pulse is: “Attract attention by following my heart in music. When I stand behind my own work I will earn respect and appreciation.”