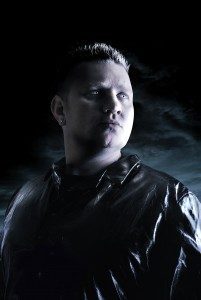 Born in Delft 1977 & raised in Wateringen. Wesley van Swol, better known as DJ Partyraiser, started his DJ career in 1993. He played at his first party in 1995 and in 1996 he entered and won his first DJ competition. He even got his own radio show at Radio Delta (Den Haag) together with D-Angelo in 1997. Wesley also started producing and Megarave Records released his first e.p. (Kick Da Balistics) and big parties like Megarave & the Queensday Rave followed. Imagine yourself dancing in the Energiehal, one of the best hardcore venue's ever and a few years later you're playing there yourself... WOW!!!

From that moment on things really took off, he had a lot of gigs all over Holland and was resident at many parties in Den Haag. Back then he used to teach young kids how to dj, but had to stop that because of his busy schedule. In 1999 he won his second DJ competition.In 2000&2001 it got even more hectic, as he also started playing other styles of house which led to a big party in Egypt, Hardcore 4 Life and of course The Thunderdome area at Nature One. He also played at the Fast Forward Parade in Rotterdam that summer and produced a few e.p.'s for A&A Music (The Order, We All Stand Together & Kaos In Texas).

In 2002 he organised some parties in Holland and went on tour in Texas & Oklahoma city in the U.S.A. In 2003 things really started rolling. Winning a hardcore-scratch DJ competition for the third time, he continued producing his own tracks. His tracks were licensed on Compilation-cd's like Nightmare, Megarave, Hellbound and he played on 3 big parties in Houston & Dallas in the U.S.A. (Show me what you got) and after that, a party in Chicago followed. In 2004, changing his style, he played all over Europe on a lot of big parties like Hellraiser, Judgement Day, Hardcore Gladiators, Speed Razor, Digital Overdose (Germany) and became resident dj for Multigroove, Hellbound & Volume. That year he also mixed the Hellbound 003 double cd which was sold out in 2 weeks.

In 2005 almost all of his dreams came true, being nominated as best hardcore dj in Holland and of course playing at Thunderdome 2005 in the Jaarbeurs - Utrecht. Parties like Project Hardcore (Silverdome), Ghosttown, Dominator and not to forget the trips to Switzerland & Italy made it all complete. Producing is also very busy with a collaboration with DJ Tieum, an e.p. for Lenny Dee's Industrial Strength and the new Hellbound & Bass Machine with Lunatic & Miss Hysteria. A new Double cd called: DJ Partyraiser One Man, Half Machine sold like crazy in the shops. After the hit Assassins on "This is The Future" (Hellbound 001) in the beginning of 2005, bookings got higher then ever. Of course he was honoured to be nominated as one of the best Hardcore DJ's of 2005.

2006 started even busier than 2005 for DJ Partyraiser.
With a record-total of 10 gigs in one weekend he was the absolute number one in bookings at that moment in the hardcore scene and he's still seen on 3 to 6 parties each weekend. That year started with his own concert at the Borchland Hallen - Amsterdam, fully sold out with a spectaculair show, which awarded this DJ with his 12,5 year career in the scene. Masters Of Hardcore (Brabanthallen), In Qontrol (Rai), Hellraiser vs. Megarave, Nature One, Flockers at the Gelredome & Decibel were the highlights of 2006, but Defqon 1 in Almere even surpassed those parties big time.

Getting even busier in Producing as well, Partyraiser remixed a Human Resource track, and collaborated with Headbanger, Lunatic & Miss Hysteria & DJ Tieum. Several e.p.'s are in the shops as we speak and it will not end here. In 2006, his DJ-Set from Project Hardcore.nl (Silverdome 01-10-2005) was released on Rotterdam Records als Project Hardcore 2006 together with Unexist and A Nightmare in Rotterdam at Ahoy, Rotterdam in a earlyrave battle with The Viper.

2007 is the year that Partyraiser released his second One man//Half machine project 2 album. Its sold out twice and make it to the CD collect top 30 on number 17 between big trance and commercial dance artist. Also his second One Man//Half machine concert sold out and was a huge succes. Even better than the one before, with many many shows. Alot of new partys in the USA and England and even play on the Mayday rave in Germany. This all brings Partyraiser to a level that no other Hardcore dj did in the history, MACHINE CITY, his own AHOY concert! Keep rockin