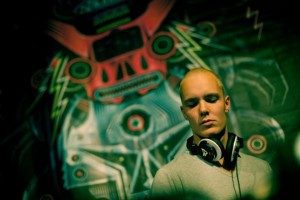 Eugen Boorsma, better known as ‘Pandorum’, started developing his musical journey at a very young age; he started out learning how to play the guitar because of his love for hardrock music. After playing for a while, he discovered another stream of ‘hard music’, called hardcore.It was the energy in hardcore music that blew him away, so he immediately wanted to learn how to make this kind of music and was prepared to do anything to become a good producer. And with the help of his guitar skills, he was able to write strong and unique melodies and chords.After teaching himself all the techniques of producing hardcore music, he decided to take a chance and send a demo to the Enzyme label, who immediately recognized his talent. Also Ruffneck was convinced after several demo’s, and he too believed that ‘Pandorum’ could be the next best thing on Enzyme Records.It’s his constant and innovative drive to do things a little bit different than everyone else, that will make ‘Pandorum’ another unique addition to the Enzyme crew.