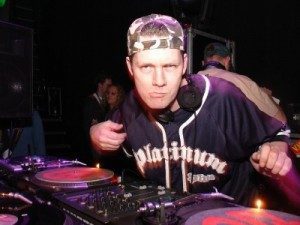 At the end of 1991 Chosen Few began playing hardcore, and became a resident dj in a small club on the Amsterdam red light district. On this he builds up a large multitude fans, and from that moment it goes fast. In 1993 he got his first international booking to Austria, after that the bookings streamed in. Hardcore and Gabber freaks globally pay homage to the name Chosen Few playing over 1000’s of events such as Mayday in Berlin, Nightmare in Rotterdam 1993, Mayhem and Enchanted in Australia and several more, Thunderdome 1994 in Utrecht and 15 years of Thunderdome 2008, 20 years of Thunderdome 2012, Hellraiser in Amsterdam and Resurrection in Scotland, the biggest club in Europe ‘Number One’ in Italy, Poland, the United States, Sweden, Switzerland and the list goes on and on.
This guy has an ambition to visit all the biggest events in every country all over the world, keeping the real hardcore vibe alive!

With huge releases on labels such as Mokum, BZRK, Megarave, Spleen Kick, H2OH recordings, Cenobite, Industrial Strength and much more, it is not hard to understand why this guy is one of the hardest act on this planet! The style of Chosen Few is a unique mix of early Hardcore, Gabber Techno, Up-Tempo Hardcore & a strong twist of Drum & Bass.