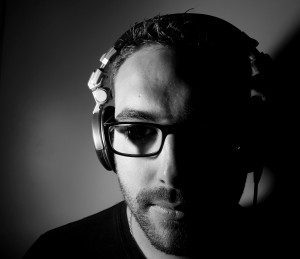 A new musical empire is born. Housing a culture of screaming kick drums, loud screeches and
powerful melody, The Empire brings the next level in Spanish hardcore. Young, motivated and ready
to kick your senses with a style full of energy. Prepare for the greatest battle of this era, The Empire is
here!
César Pino Moreno a.k.a. The Empire was born in Murcia, Spain in 1988. Since he was little, César has
always been interested in the world of music. And when his music teacher Vicente said he had what it
took to make it as an artist, things started moving rather fast. At the age of 11 César learned the
basics of DJ-ing and ended up playing at festivals and clubs in and around his local town. Slowly and
surely the next step in music also caught his attention, creating his own tracks. With help from three
important persons César learned the basics of producing and ended up where he is today. At one
hand there were the Two Brothers, two Spanish producers who got him started in the then unknown
world of electronic music. At the other hand there was his great friend Frank. “He helped me get
where I needed to go,” says César about Frank, a teacher and Spanish producer who helped him
improve his sound.
After more than 200 tracks as an amateur producer, César’s music got picked up in Spain. With
recognition at hand, César got the opportunity to present his own radio show titled ‘Rest In Music’ at a
famous radio station in Madrid. After a successful run and the show finished, he continued spreading
music across radio waves at a local station in Murcia, who invited César without any doubt.
By exploring music both in front and behind the speakers, César created his own sound in which he
could fit all the excitement and intensity he had in mind. By mixing loud kicks, subtle repetitions and
delivering great atmospheres, The Empire was born. César continues to grow as a producer and hopes
to share and influence everybody with the same strength and passion he feels about music.