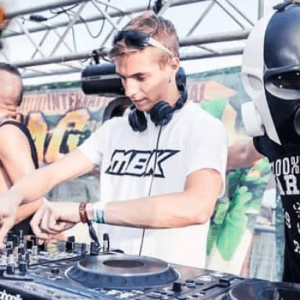 MBK is a real uptempo fighter from the first hour. He already got the chance in Spain to explore himself, and now he’s looking for more. Only 21 years old and counting, beginning of 2016 he went off to a flying start: Early 2016 MBK won the RGB-Festival contest for the uptempo style, and he got releases on some kick-ass labels: Triple Six Records, Uptempo is the Tempo Records and Kurrupt Recordings. With the tracks “DRS & MBK – President” and “MBK & Hatred – Party Crusher” he even got the nr. 1 spot at the Hardtunes top 100.

And he ain’t stopping now: for 2017 he already got some confirmed releases on the roll for Darkside Unleashed, Fucking Basterds and Partyraiser Recordings, and some great events are ready to be announced!
MBK has influences from uptempo and terror which makes his style special, unique but most of all hard as hell!