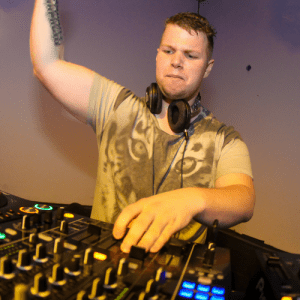 Johnny Napalm only started as a bedroom-DJ in 2010, but in a short amount of time this little hobby grew into a big passion and professional carreer. In 2011 he has his first bookings and by 2012 he was already performing at events like Megarave Germany and Frenchcore Si’l Vous Plait. After that year at the first of January 2013 he signed with proud his first bookings contract by the new agency BKJN Bookings also know as BKJN Events for the next step in his little career. After he signed in a short amount of time he had performance at in and outdoor events he has always dreamed off like Harmony Of Hardcore Outdoor, Hardshock Festival and Pandemonium, Also he had get the honer for being the closing act at his first performance at Dominator Festival and also the massive sold-out celebration edition of Masters Of Hardcore – 20 Years Of Rebellion. He had also performed in a lot different country’s like Germany, Switzerland, Italy, France, and many more.