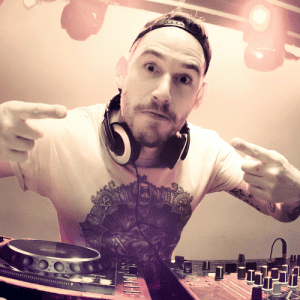 Detest, also known as Daniel, was born in Leipzig, (East) Germany. At a very young age he had already developed a big interest in music styles like Drum and Bass, Hardcore. He startsed producing in 2005 and it was an instant success. With his typical mixture of Drum & Bass and hardcore he was one of the pioneers of the new edge hardcore sound of today’s hardcore scene.

Combining his love for D&B and hardcore brought him a lot of good things. He released on famous labels like Deathchant, Rebelscum, Peace off, Neurotoxic and Strike. For example the successful double vinyl lp “The Massacre” featuring Hellfish, Lenny Dee and Bong Ra in 2006. His live performing began shortly after his first productions but got really serious after his records on the deathchant label and being part of the Deathchant vs.Pacemaker Tour with artists like Radium, Hellfish and I:gor.

Playing his gigs around Europe since 2009, he has already performed at huge events like Nightmare, Footworxx and Audio Active XXL. With such a young performing carrier and already playing besides artists such as Noisia, The Speed Freek Akira, is a hugely promising future for Detest.

With his really distinctive style of Hardcore, Breaks Detest is one of the most varied live acts on the Hardcore-scene.