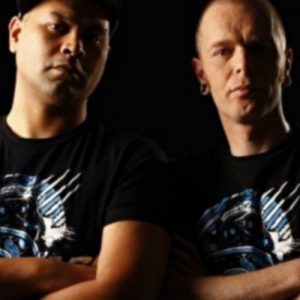 With more over a decade of hardstyle, fact is that Deepack is also one of the first Dutch hardstyle acts/duo’s, and can be considered as one of the co-founders of the hardstyle as it is today and influenced a lot of young dj/producers which are on top of the scene right now.

The guys behind Deepack are Marcel van der Zwan and Frank Pechler. In 2000 they combined forces together with Charly Lownoise and the three of them started producing under the name “Deepack”, but because
of his own career which consumed a lot of time, Marcel & Frank continued with the project later on their own.

Marcel and Frank both have different musical backgrounds, played in several bands but also shared a huge interest in electronic music. With that in mind, they decided and liked to experiment with different music genres and started producing together after they met each other in high school in the early 90s.
Over the years they released projects in various styles/genres on the labels of Dutch hardcore legends Charly Lownoise and Mental Theo.

Because of their way of giving their style a unique sound, their performance on stage and background, this energetic dj-duo is still found in the line ups of clubs worldwide and also at the biggest dance festivals and events like Defqon.1 Festival, Qlimax, HardBass, Bassleader, Q-base, Reverze, Intents and Decibel Outdoor.

The first productions, such as “Drop Out” and “Blue Horizons”, were played by both hardtrance and hard dance dj’s. Later on, they were asked to release their music on the record label of Dutch party organization Q-Dance, and even produce the anthem for their biggest event, Qlimax, in 2003.

In 2006, they founded their own record label called “Hardcopy Recordings”, as a platform to release their own productions on, but they’re also proud to do the releases of friends and artists like Josh & Wesz, Stereotuners, Distractor, Desnar, Kevin Kaos, Phuture Noize and others who were part of the artist roster, which sound got picked up by all the artists representing the harder styles in dance music.

Besides releasing on Hardcopy Recordings, Deepack also released productions on recordlabels like: Scantraxx, Q-Dance, Dirty Workz, DMW and have collaborated with many hardstyle artists over the years, like D-Block & S-te-Fan, Showtek, The Prophet, Ruffian, MC Lan, MC Villan, DJ Coone, Frontliner and more is about to come.

During the period of the recordings of DJ Coone’s album called ‘ The Challenge’, and some previous collabs, the idea of combining their labels was born. In late 2012, they decided it was also time for another challenge, and their new label ‘Anarchy’, as a division of Dirty Workz is a fact!