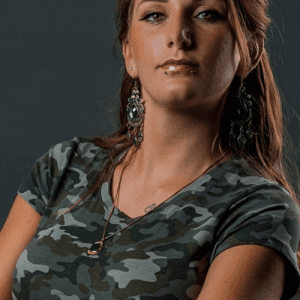 DJ Ysiss was only 19 years old when she began her career as a DJ. Her preferences mainly go out to the harder styles within the hardcore scene. What started as a hobby grew into a passion, a love for music which can be heard in her sets.
In the past 4 years many great things came across her path which resulted in 80 gigs.
Her Career did not stay unnoticed playing in different country’s around Europe. Ibiza, Crez republic, England, France, Germany and Belgium. Some of the events were pretty big. Besides that, Falcon,  Ground zero, Hardcore4life, Nature1, Hardcore@sea and Together We Are Hardcore are on her list and with future ahead, a good start has been made.
Ysiss is currently busy producing on her own, she got signed by Terrordrang in January 2016.
Ysiss also had a release at Megarave together with Chrono. This track is known as ‘No Evidence’, a track with Sjammienators called ‘Boogie Woogie’ and a track with Vandal!sm named Down with the Underground which can be heard in her sets.
There are some spectacular developments coming up and they will surely be revealed in the future.
©2022 Copyright Cyndium | all rights reserved