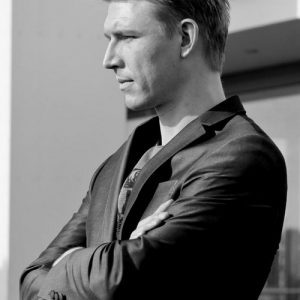 They’ve been moving the crowds and shocking the turntables for several years and are considered one of the long-lasting groups of producers trance has to offer. Signum, the successful team up of Pascal Minnaard and Ronald Hagen, is the unavoidable guise that has kept trance alive throughout the years.

Based in Zoetermeer, a little city near The Hague in trance paradise The Netherlands, the duo’s work has had huge influence on what the trance scene looks like today. After discovering a shared love of music in high school, the guys lost contact for a while, but re-united shortly after Pascal had a record contract at Dutch label BPM Dance and released several tracks with the Signum alias. With Ron signing to BPM Dance as well, Signum was complete. The first result of their musical chemistry came in the form of ‘What You Got For Me’, which in 1997 became a massive club item, which in 2001 saw it’s re-release and secured the status as a trance classic.

But there was so much more to come. The boys, establishing themselves to both respectable producers and remixers, made their mark with ‘Forever’, ‘Take U There’, ‘On Stream’ and ‘Coming on Strong’. Remix request came in and resulted in the Signum touch taking over ‘ATB – 9PM’, ‘KayCee – Escape’, Tiësto alias Straydog’s ‘Mirror’, ‘DJ Jurgen – Better off alone’ and many more. But Signum wasn’t planning on sticking to their past successes. New productions followed, winning support and respect by the big dj’s. The only thing missing, was a DJ career. So Pascal and Ron started mixing and preparing themselves to hit the clubs, with the advantage of understanding the way music works and beats fit as their back up. Their UK debut was a three hour set in Gatecrasher, in July 2001, which was a tremendous success and led to even more bookings. From gigs in Australia, Japan, Ibiza and Canada to Africa, Switzerland, Germany and Malaysia.

In 2003, when BPM Dance stopped, Ron and Pascal found a new, comfy home at Armada Music. The fast growing label, launched by Armin van Buuren, Maykel Piron and David Lewis, formed the perfect way for Signum to widen their audience and gain even more success. Their massive trance smacker ‘Push Through’ was released on the A State of Trance label, another classic was born and heralded the beginning of a new period of creativity and prosperity. Their team up with vocalist Anita Kelsey resulted in ‘Come Around Again’, the track “they’ve always wanted to make”. ‘The Timelord’, ‘Captured’, ‘First Strike’, ‘Second Wave’,’Syndicate’, ‘Any Given Moment’, and ‘Royal Flash’ are only just a couple of the many Signum tracks that have worked the crowds, gained DJ support by numerous big names in the scene and once again, confirmed the long-lasting status as quality trance and tech-trance producers.

So far, 2008 has been an amazing year for Signum, they started a radio show called XPosed, which is broadcasted on the ever growing AfterHours radio station (AH.fm), and gained a lot more fans throughout the globe, they entered the DJ MAG TOP 100, at the nr 72 spot, for the first time in their career, and their long awaited debut album, is in progress, and will see a release in 2009! So be prepared for some massive SIgnum exposure.