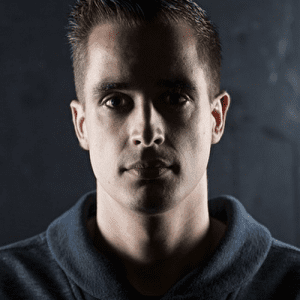 A Ruffryder as they come: proud and thoroughly motivated to bring the latest and most energy packed beats to the crowd. Business is on, time to get ruff!
After the millennium bug craze lay down, Frank van Bracht decided to pick up playing vinyl in the early 2000’s. Buying a set of turntables and slowly building up a collection of hardcore releases, Ruffryder entered the scene. As a local from the southern part of the Netherlands, Frank’s first performance was set at ‘Hardcore Impact’, a party in his hometown of Venray. After this first performance Ruffryder immediately became a resident DJ at the event, in turn giving him the opportunity to further develop his DJ skills.
This eventually led to more and more bookings at local parties, as well as gigs throughout the rest of Holland. In 2004 he participated in a DJ contest organized by Wicked Hardcore and ended up as the winner. A year later he also won the DJ contest organized by Core Connexion.

During those years Ruffryder also got interested in the production side of music. It all started out with software, but his studio quickly expanded and in the end synthesizers, drum machines, an analogue mixing desk, and several other pieces of gear set the tone. His continuous passion for creating sounds and rhythm grew, and after exploring and experimenting with his equipment for quite some time, Ruffryder made his first public appearance as a producer ending up second in the 2006 Promo – ‘We got to advance’ remix contest.
Music and sound had become more and more of an obsession for Frank. And so, knowing he wanted to discover everything there is to producing music (in its broadest way), Ruffryder decided to follow a study in sound for 4 years. Shifting his focus from decks to studio and back, first results finally ended up at The Third Movement with his demo being signed by Promo and the resulting 2011 debut EP ‘ Mind your own business ‘.

A Ruffryder as they come: up and coming as a producer with fresh beats and a DJ who is ready to unleash his own material mixed with top hardcore picks. Proud and thoroughly motivated to bring the latest and most energy packed beats to the crowd. Business is on, time to get ruff!