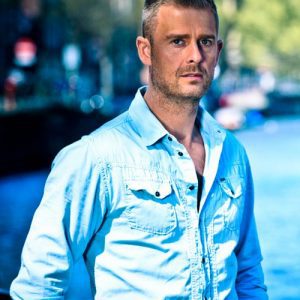 Without doubt one of the hottest DJ / producers to emerge from Holland in recent years is Richard Durand. Recommended by the mighty Tiësto as his ‘Tip For The Top in 2007’ in DJ Magazine, Richard responded with a string of stunning studio productions and show stopping festival performances that have cemented his place as a fans favourite worldwide and made him a near permanent fixture in the DJ Mag Top 100 DJs poll.

The Richard Durand sound is both dynamic and devastating, fusing the best of trance and progressive with edgy techno and electro influences. As a DJ he has the ability to work crowds into a frenzy through his performances, utilising 4 x CDJs, effects units and taking listeners on a whirlwind journey of cutting edge tracks, exclusive reworks & bootlegs, slick mixing and technical wizardry behind the decks. It’s a combination that’s made him ‘must see’ material and a star performer at A-list events; headlining global festival brands such as Sensation, A State Of Trance, Global Gathering, Mayday, Trance Energy and more.

As a producer, Richard first gained international recognition when Tiësto personally commissioned him to remix no fewer than four separate singles including ‘Lethal Industry’ and ‘Flight 643’. A remix of Armin van Buuren ‘In And Out Of Love’ soon followed alongside a raft of hugely popular reworks of famous tracks such as Prodigy ‘Smack My Bitch Up’ and Snow Patrol ‘Chasing Cars’ and Art of trance‘Madagascar’.

Richard took a new approach to his music output in 2012 with ‘Richard Durand vs The World’ an album like no other. One continent at a time over the course of the year Richard collaborated with both established and new producer talent with track arrangements made available on the internet and the winning entries making the final album release. Standout tracks included ‘Crashed’ (with Paul Oakenfold), ‘Devils Inside’ (with Heatbeat) and ‘Loose Unit’ (with tyDi). Such was the success of the ‘vs The World’ concept that it inspired Richard to launch a monthly ‘vs The World’ radio show and Podcast at the start of 2013.

When Black Hole Recordings announced at the start of 2010 that there would be a new figurehead of their legendary In Search Of Sunrise (ISOS) series of compilation CDs previously fronted by Tiësto, there proved to be just one natural successor to the throne; Richard Durand. ‘In Search Of Sunrise 8 – South Africa’ was released in May 2010 to huge acclaim from the music press and dance fans alike, with ‘ISOS 9 – India’, ‘ISOS 10 – Australia’ and ‘ISOS 11 – Las Vegas’ following in subsequent years and accompanied by a series of worldwide tour dates.

Into 2014 and Richard has started the year with two certified club hits with his ‘Morning Light’ single and remix of Svenson ‘Sunlight Theory’ both hitting the Top 5 of the Beatport charts. Richard returns to his ‘In Search Of Sunrise’ series of compilations with ISOS 12 released in June and accompanied by a series of worldwide tour dates featuring special guest DJs, vocalists, event production.