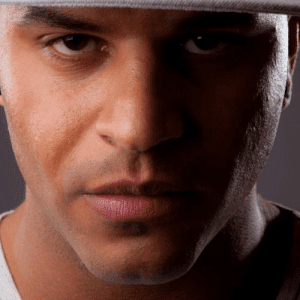 Born in 1981, DJ, producer and music fanatic… Let us present to you: Nexes!

This talented guy, better known as John van Vianen started his DJ career at the age of 15. His talent was picked up by his friends and they signed him for a dj contest where he came out as best dj of that year. Shortly after that he was asked to join a pirate radio station was noticed by some promoters and started to play at some clubs in the Netherlands.

The last couple of years in his career as mainstream hardcore artist he has made name through successful gigs such as Thunderdome, Hardcore 4 Life, Project Hardcore, Nightmare Indoor, Decibel, Nature one, Dominator, Fantasy Island Festival and Nightmare Outdoor.

He is currently enjoying his career with the Neophyte Records family and is working hard on his upcoming releases. He already made tracks like “Wither Away”, “Playing the Cards”, “My Music”, “The Sign” and “Unstoppable” that were instant hits. Not to forget his Anthem Remixes for “Project Hradcore” and “15 years of Nightmare” He also did some past releases on Enzyme such as “X-plore”, “Project 2501” and “Dedicated to Dancers”.

Nexes has been recognized by the industry as having a new and refreshing take on a scene that continues to evolve and seems to have an everlasting shelf life. He has created his unique trademark as a DJ and producer around this sound.

Behind the decks Nexes never fails to deliver. His exceptional technical skills, variety of music, distinguished looks and that added personal touch make him stand out. These days he’s bringing it to the masses, with performances worldwide!

Do we need to continue? It’s clear as a bell…