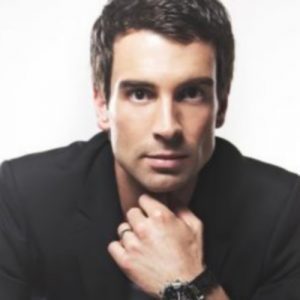 Introduction: Bringing a visionary, never-heard-before crossbreed of progressive, electro & trance to his studio and deck work, Holland’s Jochen Miller embodies the new decade’s freeform, big room sound. From his earliest turntable days he’s challenged the traditional EDM boundaries to take countless global dancefloors by storm. A spinner without parallel, he’s comprehensively conquered his home-country, playing tent-pole events including Trance Energy, Mysteryland & Dance Valley before branching out abroad. Production-wise, Jochen is most quickly associated with his 15+ releases on High Contrast Recordings. Over the last 7 years tracks like ‘Lost Connection’, ‘Humanoid’, ‘Brace Yourself’, and most recently ‘uPad’ and the Energy2011 anthem ‘Classified’ have wowed clubbers globally and shaken dance floors down to their foundations.

The DJ: In 2000 Jochen became the first ever resident at Nijmegen’s scene-setting, and now widely-renowned, Matrixx club. From there he’s gone on to become a fixture at many of Holland’s cooler, underground venues. With his fashionable style, charismatic disposition and affinitive, authoritative deck approach, he quickly made a name for himself at spots like DansSalon, Westrunie & RoyceBoxmeer. From that base he’s begun to export his new musical synthesis globally, paying regular visits to The USA and Canada, Russia, Italy, The UK, Germany, Poland (most recently for Sunrise) & the Czech Republic to spin. Following a rapid burgeoning of his fan-base, the latter half of 2010 saw him sign to the David Lewis Productions DJ agency – home to A-list spinners including Armin van Buuren, Markus Schulz & Gareth Emery.

Productions: Following his earliest turn-of-the-millennium productions (‘Surround Me’& 7th Heaven’ among them), his discography went into overdrive with the launch of broad-range music label, High Contrast.

‘India’, ‘Chromatic’, ‘Alive’, ‘And Then’ (in collaboration with Rank 1) and ‘Face Value’ all provided heavy-impact floor artillery for tougher-minded DJs like Marco V, Sander van Doorn & Judge Jules. The multi-genre character of his sound was brought most keenly into focus in late 2010 his ‘Classified’ single was announced as the soundtrack to ID&T’s newly diversified Energy ’11 event. Another significant career evolution beckons midway through 2011 with the release of Jochen’s widely-anticipated debut artist album.

Compilations: Jochen has been mixing compilations as far back as 2002 (when he put together the first Matrixx CD). He now has six under his belt – the most recent being 2009’s High Contrast Recordings Presents Jochen Miller and the co-mixing of EnTrance Presents High Contrast alongside Rank 1 in March of 2010.

Radio Show: In the autumn of 2010 Jochen began a new monthly radio show… Stay Connected is broadcast on an ever expanding list of stations, which already include AH:FM, Dance Tunes Radio, Trance FM, Radio Hi-Tec, Trancesonic and SATO Radio. With the program also available as a podcast download, the sixty minute show delivers his unique sound-fusion worldwide every month. He also compiles and mixes the quarterly iTunes-released Stay Connected compilations, which draw the best of the best music from his radio show for commercial release mixes.