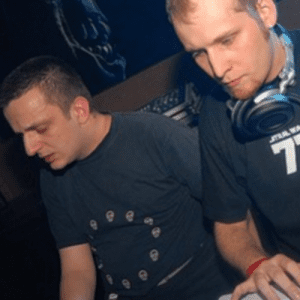 Gabba Front Berlin (also known by just by their initials, GFB) formed
in the mid nineties after originally meeting up a few years previously
in a Berlin nightclub named Bunker. GFB produces music in a wide range of harder electronic styles and is best known for intelligent hardcore and speedcore. Since the late nineties they are publishing their music and are playing livesets at underground parties and big events across Europe. Events like ‘Ik ben je bitch niet’, ‘Pandemonium’