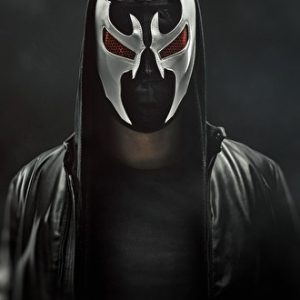 In 2015, a mysterious artist set out on a no-holds-barred invasion of the Hardcore scene. Known only to the crowd as D-Fence, the notorious producer began unleashing Hardcore bombs upon social media, all of which became unprecedented viral hits and reaching millions of people across the globe.

His tracks ‘Krakaka’, ‘Pompen’, ‘Dikke BMW’ and ‘Koekoek Jonghuh’ are now mainstage essentials, hailing support from huge names such as Neophyte, Angerfist, Tha Playah, Nosferatu, Destructive Tendencies and more! Currently signed to Neophyte Records, D-Fence continues to take no prisoners, bringing madness to the stage in the form of an incredibly energetic performance, which was first premiered at Hardcore4life in 2016!

The future of this masked mastermind is only known by a select few, but one thing is for sure, he strikes hard, fast and leaves no venue in one piece!