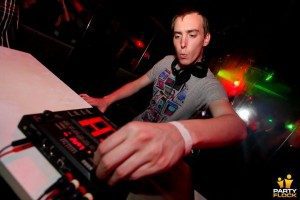 Since 2005 Chrono released his first Vinyl. After a lot of making music with a good friend, The Sneiterheadz were born with as main goal to make loud and fast hardcore music. After composing various tracks we also wanted to do Live.
In 2005 till 2008 we had 20 performances through various organisations. Most bookings were at RengDengDeng 2006(2x) 2008, 2009.
After 2008 the colaboration with The Sneiterheadz unfortunatly stopped.

Autumn 2008 Chrono came in contact
with an old friend from back in the day, known as The Demon Dwarf.
A new colaboration began as we tried to make some music together
and to perform on stage. After making various tracks we started
looking for a matching label for our first compositions.
In 2009 we came in contact with Rige Entertainment after
we gave a demo to Negative A. Since then we’ve been working a lot
as result of various releases such as:
Hardcore Hooligans II, MRV120, DJ Partyraiser – Time to raise the party (2CD) MRV124, MRV126, Thunderdome – Alles naar de klote, MRV128, Megarave 2010 [CD2 mixed by Chrono & The Demon Dwarf] MRV132, en MRV133. And many more to come!