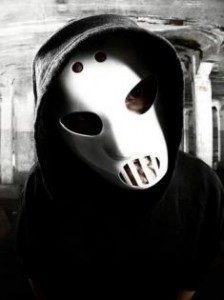 Angerfist is the world’s leading hardcore act, underlined by the fact that he received the prestigious 39th spot in DJ Mag's Top 100 DJ edition of 2011, dropping to 42nd on the following year and rising up again to the 34th place in 2013, being the first hardcore artist ever to hit the chart.

Angerfist was founded in 2001, when he dropped his first EP on Overload Records, the former sublabel of Masters of Hardcore Records. After that EP, he has produced an impressive continuous streak of hit records on Masters of Hardcore. Danny Masseling has produced three albums: “Pissin’ Razorbladez’”, “Mutilate” and “Retaliate” were released in 2006, 2008 and 2011. The albums had a huge impact on the scene and the development of hardcore music wise, especially in the last few years: Angerfist is the only artist to have four consecutive #1 hits on the annual MOH Hardcore Top 100 with “The Voice Of Mayhem (vs Outblast & MC Tha Watcher)” in 2010, “Incoming” in 2011, “Catastrophe (vs Outblast & MC Tha Watcher)” in 2012 and the destructive “Street Fighter” slammer in 2013. Next to the Angerfist project, Danny Masseling also produces records under the monikers of Kid Morbid, Bloodcage and Menace II Society.

Besides the music, Angerfist is known for the unique live-performances dressed in hooded sweater and wearing the infamous Jason-mask while performing all over the world. Bringin the grimy beats to every continent, Angerfist is selling out virtually every venue. With an unstoppable drive to spread the hardcore virus, he is destined for a long future of destructive beats.