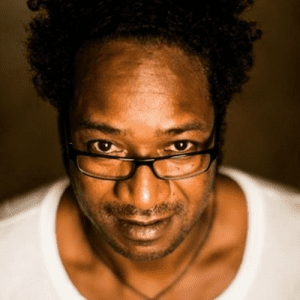 After more than a quarter of a century involved in electronic music, it’s not an exaggeration to say that Steve Rachmad has been integral to the development of the scene in his native Netherlands. Most often associated with Detroit techno, its warm pads, rousing strings and powerful grooves, Steve is the producer, remixer and DJ who among first championed such sounds in his home country.

Amongst his earliest achievements was releasing the full length Secret Life of Machines back in 1995. A definitive techno album that was very much an instant classic from Rachmad (under his Sterac alias), 2012 sees it getting touched up, slowed down and remixed by the likes of Ricardo Villalobos, Joris Voorn and more, ready for release on influential Dutch label, 100% Pure.

Alongside that work, a strong line of singles and EPs litter Steve’s discography, often under weird and wonderful aliases. Forever exploring his own take on techno, electro and deep as well as techier house, releases and collaborations have come on imprints including Rejected, Soma, Music Man Records, Truesoul, Delsin, Figure SPC and Get Physical. As remixer, too, he is much in demand having re-worked Joel Mull, Nina Kraviz, M.A.N.D.Y. vs Booka Shade, Sam McQueen and many more to devastating effect. What’s more, late in 2011, connoisseur Dutch imprint Rush Hour asked Steve to contribute to their Amsterdam All Stars compilation, with his ‘Boogie Moogie’ track one of the eventual stand-outs.

As a DJ over the years, Steve has constantly evolved, most often spinning heartfelt techno, but also weaving in formative influences like disco and electro. He has played everywhere from Fabric in London to Berghain in Berlin via D-Edge in Brazil as well as at festivals like Awakenings, Creamfields Australia and Time Warp Holland – not bad for someone who started out cutting and pasting on his parents’ reel-to-reel back as a 12 year old.

Most recently, Steve has been installed as resident at leading Amsterdam nightspot, Studio 80, and has also been touring the world to celebrate the re-release of Secret Life of Machines, stopping off in leading venues all over the planet. Still as devoted to his musical love as ever, Steve’s acute production ear and true-school values are what have kept him as relevant as he his, despite so many years in the game.