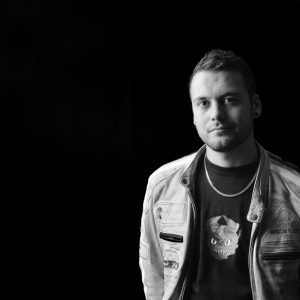 Patrick Dijk, also known as Pdevil, is a Dutch early hardcore and early terror producer. His interest for hardcore music started at the age of 9, and when he turned 11 he bought his first turntables.

He started recording mixes in 2009 and hasn’t been able to let go of the mixers ever since.

With his energetic performances and early sounds he managed to get bookings at Harmony of Hardcore and Ouwe Stijl is Botergeil.

After the release of his album Devilcore in 2019, he made collabs with Frantic Freak, Faniac, Kritec, OTM, Juliëx, and many more, he also released other EPs called “Demons From Mars” & “Evolution”.

Besides producing and playing music, Patrick is also the owner of Galassia Events. They organize amongst other hardcore parties in the east of the Netherlands.