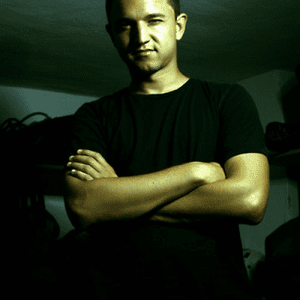 OMI’s passion for music appeared really early in his childhood and his musical career started at 4 years old when he started playing piano and later other instruments. Knowing that it’s no surprise that today this young Spanish artist possesses impressive musical skills and great news for us, this promising artist is willing to get into the hardcore scene and he’s there to stay!

Juan Omar Ruiz Martínez was born in Alicante (Spain) in 1988. Naturally talented, willing to learn and to work hard he rapidly developed and used his musical competences to produce his own music and find his own style. In 2004 he started producing electronic music and as he got to discover various musical styles he found himself particularly interested in foreign hardcore techno music.

Once he discovered hardcore music he rapidly started to produce his own and it’s with the netlabel PNZZ that his reputation started to grow. In 2009 with his first song released on vinyl with Megarave Records, he made his first step in the scene and since then his passion and willingness to succeed in this highly competitive sphere kept on getting bigger.

In 2011 he impressed DJ Promo with an innovative banging demo and he signed a contract with TTM, a significant result for this young artist.

A melancholic feeling mixed with drums, great strength and forcefulness, that’s how you can describe OMI’s melodies. With no restriction when it comes to production, OMI is comfortable with the most commercial as much as with the roughest industrial sound. His ability to combine various styles is what makes his strength when it comes to mixing.

No barriers and no restrictions, a considerable bonus for him to make an impression on the public.