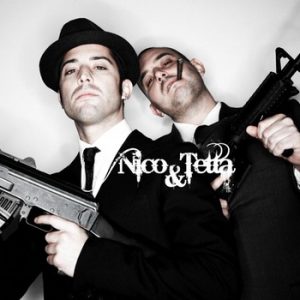 all you know. They are DJ resident at Florida discotheque from many years, making Italian

hardcore people dance all Saturaday nights. In 1999, thanks to the aid of the Stunned

Guys, they produced their first track Alleluja Motherfuckers released then in 2001 together

with the collaboration with the Art of Fighters, Shotgun. The following year they created I

first solo record Hardcore Motherfuckers and with the same project name, the duo,

released the first of their official compilations, well known all over the industry due to mixed

with great technique. In the last years they have been performing all around the Globe:

Holland, Spain, Switzerland, Germany, USA and naturally in Italy, from North to South.

party@Nycity, are the most important parties they have been hosted and they seem to do

not have any intention to stop..