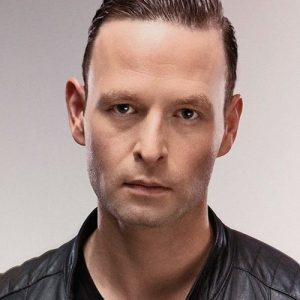 Max Enforcer, one of the pioneers of Hardstyle, recently founded Gold Records in cooperation with the mighty Scantraxx platform.

His Decibel Anthem of the 2004 Decibel Outdoor Festival held the #1 position on various dance charts. He delivered some smashing hits like: “Be Amazed(Official Hard Bass 2009 anthem)”, “Fade to Black” (Official Black 2010 Anthem), his absolute summer smasher “Gold” which was number 2 in the Hardstyle top100 in 2010, cooperations with Technoboy resulting in “Light of the dark”, “Respect” and “Rambo Is A Pussy” for Titanic records and the Decibel 2011 anthem ‘Sound Intense City’ with Zany and MC DV8.

As a dj, Max dedicates his performances to extremely euphoric, hard hittin’ and very exclusive sets representing a truly innovative style. His long experience as a crowd-pleaser makes his set as energetic as it can be. He played exclusive sets on the biggest stages across the globe. A perfect combination resulting in a frenzy almost never seen on stages these days.