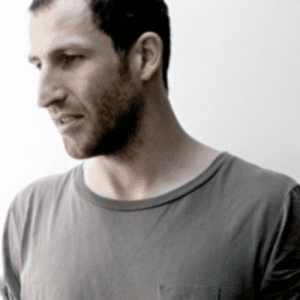 Matthias Tanzmann started his DJ and production career in the mid nineties in Leipzig,
playing regularly at the renowned club ‘Distillery’. These early days saw his first release as ‘Gamat 3000’ (with Daniel Scholz) on Dessous Recordings, which was quickly followed by releases on Freude Am Tanzen, Lo-Fi Stereo and FM Musik.

In 2000 he founded Moon Harbour Recordings, and since then scores of Moon Harbour releases have been playlisted by renowned DJ’s all over the world. The label rapidly became synonymous with quality deep-house and tech-house, and has released many of Matthias Tanzmann’s own records as well as those from the likes of Luna City Express, Marlow, Martinez and Dan Drastic. In 2006 he founded the label Cargo Edition, where you can find regular releases from Michael Melchner, Ekkohaus, Markus Schatz, Sven Tasnadi, Vera and Juno6.

The success of both labels has seen the explosion of Matthias Tanzmann’s DJ career, which now takes him almost continuously around the global club and festival scenes. Another factor in his success has been his residency at the famous party series Circoloco at DC10 in Ibiza since 2007. Playing regularly on both the Balearic Isle and at international Circoloco shows has resulted in 3 consecutive nominations at the Ibiza DJ Awards. Between his numerous DJ gigs, Matthias Tanzmann also produces consistently groundbreaking music. In addition to a line of singles, his first solo album “Restless” was released on Moon Harbour in 2006, and beyond that his remixing skills are also in great demand – remixing for artists such as Moby, 2000 and one, Josh Wink and Booka Shade to name just a few.