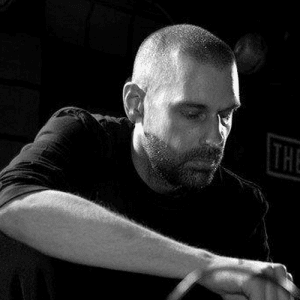 Matt Green is a name synonymous to the Corrupt label. Strength and intensity are just a couple of words describing the waves that bleed from Matt Greens’ live-sets.
Growing up in the London borough of Hackney, Matt Green came into contact with all kind of forms of electronic music. With electro and hip-hop hitting the alternative alleys of the nineties, Matt was quickly infected. As a young and aspiring producer he bought his first sampler (at the age of 12!) and started creating his vision on what music should sound like. The hardcore virus really struck when he heard Dj Traffik drop some of the loudest rave and distorted beats on London pirate radio Energy FM. From then on, everything fell into place and by the year of ’96 Matt released his first EP as Ordeal.

Since 1998 Matt Green manages his own label, Corrupt Records. A name now closely linked to the many substyles of hardcore. Ranging from breakbeat (the true origin of breakcore) to speedcore, every Corrupt beat was treated with distortion and an overdose of energy. Next to the long list of Corrupt releases, Matt also had the chance to release several guest EPs on labels like Epileptik and Hong Kong Violence. By the dawn of 2008 Matt decided to make a change and bring Corrupt to an end. Filling the gap with Corrupt Redux – the official sequel to Corrupt exploring the slower tempo, but harsher sounds.