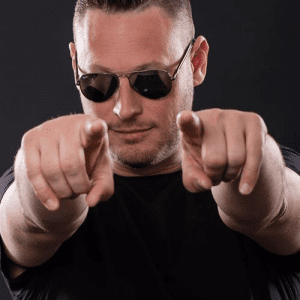 At an early age Bas started his interest in electronic music. When he was 16 he started making music with ft2 and later on with skaletracker. As a producer he was interested in all electronic music but hardcore soon got his attention. Nothing can be compared with hardcore, it’s technical and rough. After a few years, not producing much, he decided to start with a pro sequencer, synthesizers, et cetera in 2005. The new gear opened new doors. The first releases came; The Kasparov-black noise 12″ and he remixed the famous Masoko Solo – Pessa Pessa in the beginning of 2006. After this he decided to send a demo to Megarave Records.

From here on things went fast for Kasparov with remixes for artists like Paul Elstak (You’re a Hardcore Hooligan) and Dione (Deluge) and his big hits: ‘We Will Dominate’ and ‘Nuke Them!’. In 2009 he made another big step in his career, by signing for Neophyte Records and producing the Project Hardcore.NL 2009 anthem ‘Part Of The Project’ and the massive hit ‘Keep Going’ in December 2010. Kasparov developed his own style of hardcore and performs as a DJ and as a live-act. It’s rough and pounding versus much melody. Watch out for more!